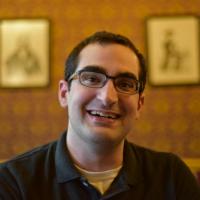 Matthew Treinish Back to Speakers Bureau

Matthew has been working on and contributing to Open Source software for most of his career. He has been primarily contributing to OpenStack since 2012 and is a former member of the OpenStack TC (Technical Committee) and was previously the PTL (project technical lead) of the OpenStack community's QA program from OpenStack's Juno development cycle in 2014  through the Mitaka development cycle in 2016. He is a core contributor for several OpenStack projects and a member of the OpenStack Stable Maintenance Team. Matthew currently works for IBM's Developer Advocacy team working to make Open Source software better for everyone. He has  previously been a speaker at OpenStack summits, LinuxCons Japan, China,  and North America, OpenWest, FOSSASIA, SeaGL, and linux.conf.au.

Stay up to date on OpenStack and the Open Infrastructure community.