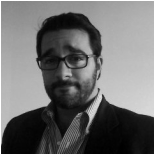 David Safaii Back to Speakers Bureau

David Safaii is CEO of Trilio Data. With more than 15 years of business management and executive leadership expertise, David is responsible for the strategic direction, operations, and growth of the company.

Prior to leading Trilio Data, David founded and served as SVP of BurstPoint Networks. During his tenure with the company, he successfully raised venture funding, grew revenues and exited with an acquisition by Avaya. Previously, David was a Principal at Windspeed Ventures, focused on investing in and working with portfolio companies in infrastructure software as it relates to the digital media, communications, mobile, security, storage, internet of things and software as a service markets. He helped manage one of the largest venture portfolios in the US. Prior to his tenure at Windspeed, David served with the Technology Investment Banking Group at CIBC World Markets. With a B.A in Computer Information Processing from Boston College, David has been recognized by Boston Business Journal as one of Boston’s “40 Under 40” and a “New Leader” award recipient from Banker & Tradesmen.

Outside of Trilio, David enjoys tennis, FIFA soccer, and seeking out live music. David is an advocate for volunteerism. He founded the New England Venture Network (NEVN), the largest networking group of young venture capital professionals  on the East Coast. He served as Board Director at the United Way and as a Techstars mentor, and is the founding City Director for House of Genius.

Presentations from previous OpenStack Summits:
Berlin
Willing to present via video conference: Yes
Willing to travel to any country: Yes
Fluent in

Stay up to date on OpenStack and the Open Infrastructure community.